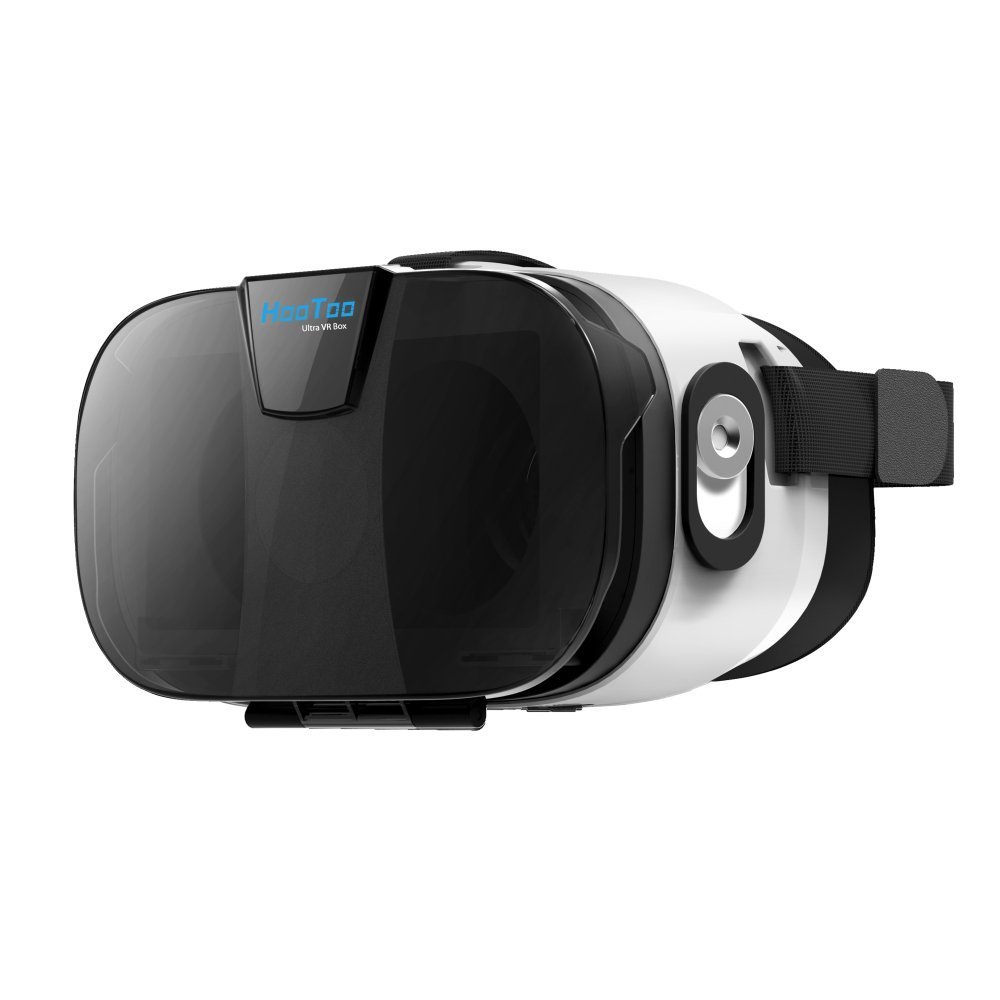 The HooToo HT-VR002 is an absolute technical marvel in comparison to The HooToo HT-VR001. It fixes most of the issues the previous model dealt with and should fair well in the entry model VR industry rapidly developing around google cardboard. Attaching my phone was by far my biggest gripe with the previous model and fortunately, it was addressed. Just place the phone in the front slot and close the device it’s very easy and no more spring-loaded nightmares. This product has better airflow than the previous model as I experienced less sweat then last time. Also, it did not slip off nor squeeze my nose like last time. The scale was improved giving 102 degrees of vision on a given frame and can go up to 360 degrees if you turn your head. This thing also has half the weight of the last product so man I’m hyped to try VR. So now it’s time I reference my last review of the HT-VR001 as my opinions on the implications and future of this industry remain mutual.

“Well it’s a been a long time VR fans of all kinds. I remember trying out the virtual boy 20 years ago and thinking to my self this is the future but some adjustments needed to be made.. I didn’t expect it to take this long for the technology to finally be available but still better late then never. I remember when we first heard about the Oculus Rift I was very happy as my wishes were coming true. Too bad it’s been almost 5 years since their announcement and the product still hasn’t been released past a dev kit. All of the news outlets like Machinima, Polygon, Kotaku and more have been talking about how VR is the future or it’s not the future and this is very frustrating don’t they realize 99 percent of the world has still never tried any of this new VR technology and like 75 percent probably never heard of it. Yet they always talk about it and man it’s frustrating how I couldn’t really contribute to the conversation until now. Now I finally understand why their were making a big fuss about this technology. We have now reached a point where no longer does the device need to play tricks on your visionary perspective. Now images can finally be sent to each eye naturally through the device and many others. In the past gimmicks like 3d glasses that changed the way light entered your eye by promoting eye flickers for a split second so it seems like VR existed. Were available but even this could not replicate the true experience. We are now at the point after decades of waiting and speculating their is finally an affordable way to get into true VR thanks to this product here. The Oculus Rift would have costed me a thousand dollars to get into while the HTC Vive would have costed fifteenth hundred dollars to get into because my computer is not strong enough so I would need to upgrade. Let’s be honest not many people have that type of spare cash unless you are a connoisseur of VR or just rich. Luckily this product which gives you probably 80-90 percent of the same experience was made and now let’s get into the details.

This is definitely a well made helmet for sure. I have tried Oculus, I have tried Gear VR, I have tried HTC Vive and many more at trade shows over the past half decade and this product is not to far behind. That’s why I suggest using this as a entry level and not a final destination however you will definitely experience diminishing returns on those other products I mentioned previously like the HTC Vive and Oculus because this thing ain’t to shabby. The optics are overall very nice you have the ability to adjust the focus and clarity as people’s eyes are all different so this is a nice feature to have. I usually have both features on max because the image looks distorted if I don’t do so. Another cool feature is the ability to use a VR camera if you have one. Just move the white Hootoo piece on the front cover and now you have space for a VR camera(not included). This is awesome because I have wished to film stuff for VR so now it’s possible. I found the product to be comfortable overall as the amount of padding on the spot for my eyes and the spot for the back of my head were respectable. I tried many applications for this product from adult content, ocean city, the cave and many other VR demos this thing does a nice job as it looked almost as good as Oculus which is hard to imagine considering the price point. The box comes with some wipes, foam to prevent button pressing, instruction manual and obviously the product. Overall I am very happy with this product at this price range this is a fantastic way to get into VR. Finally after decades of waiting images can finally be sent to each eye at the same time without trickery. You ought to consider this product if your a budget gamer as it’s a great choice. Thank you so much reading this review.I received this product from the seller at a reduced rate in return for a fair and unbiased review. I assure you this review would have been mutual if I did, in fact, pay full price.”