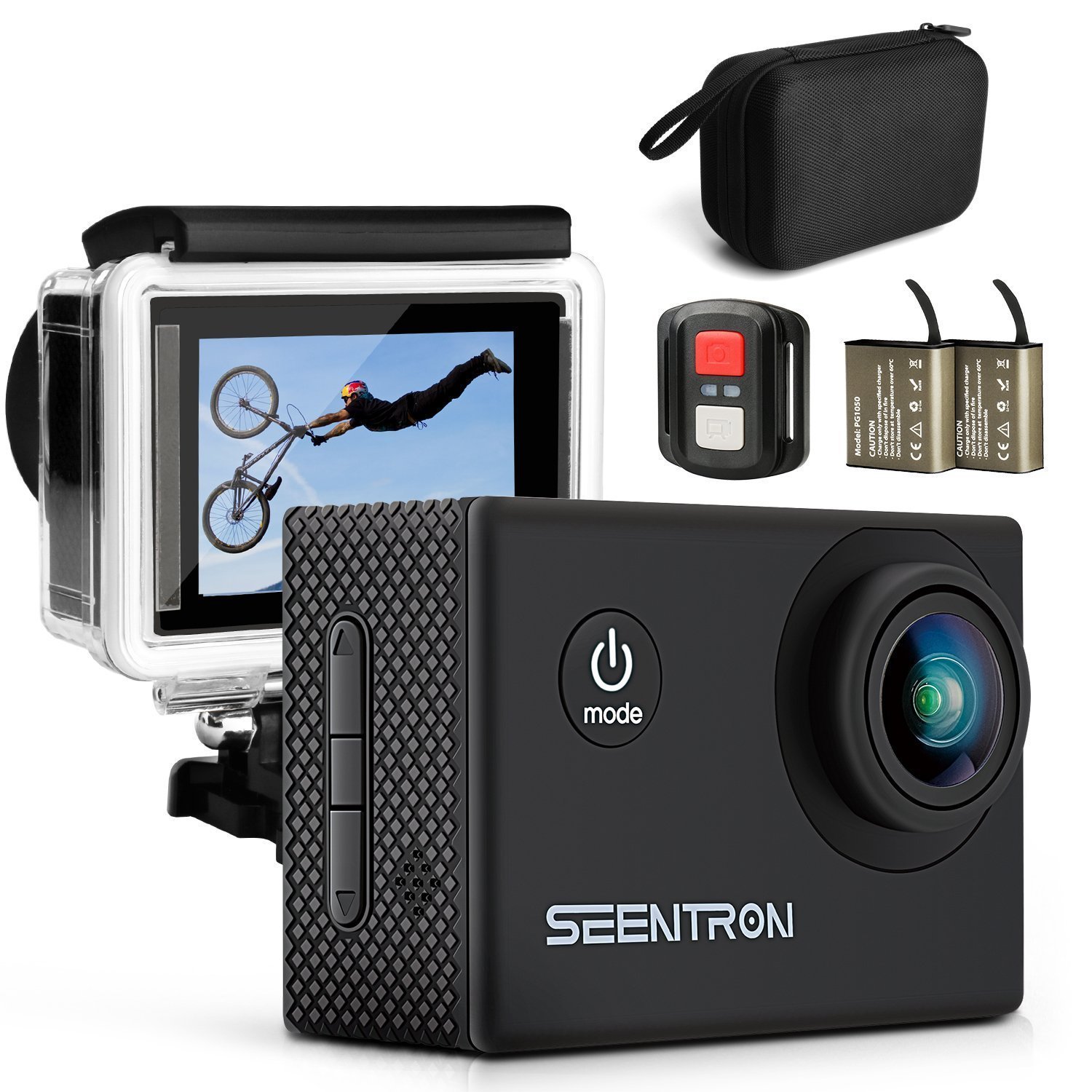 There is a lot to like about the Seentron 4K Action Camera as it’s undoubtedly a worthy competitor to the GoPro at a sharp fraction of the price. It’s simply amazing what they were able to do in such a tight package. It does 4k video, 60fps 1080p video, has a webcam mode which means it could be used on youtube if necessary, comes with a variety of different accessories like the go pro which includes the signature case and many many other cool things as well. I use a program called bandicam I was surprised to see this camera be used like a webcam it’s truly a beautiful sight. of course, it can be used as an action cam as well if needed. Another cool feature is the touchscreen display that appears to be around 2 inches. When I saw the lack of buttons on the product I was concerned at first but then by accident I tapped the power and to my surprise the screen listened to my command. It’s weird if you hold it down it turns off but if you tap it acts more of an ok button instead. The spare battery included was also useful. The UI is pretty good it’s relatively streamlined with just the basic functions you need. It comes with a 2.4G remote which uses wifi to take pictures at command.

It’s not perfect by any means however and I will mention why now. Firstly the fps on 4k mode and frame stability does look like it could need some optimizations it’s not the best but by no means. However, that does not mean it’s a deal breaker. Also, the microphone could use a boost in quality, however, I used this thing as a webcam and just used my own microphone so this was not an issue anyway. Other competitors typically include a spare battery while this one is not. I also did not like how the product forces you to use a micro sd card if you wish to use the product but does not include one. That’s a little harsh it should have some space on the device for a test video at least. Back to some more cool stuff, the waterproof feature seems to work well when the case is on. I soaked it in my sink and it seemed to work fine and the timer on the front of the product is unique. Overall it’s a solid camera with its quirks.