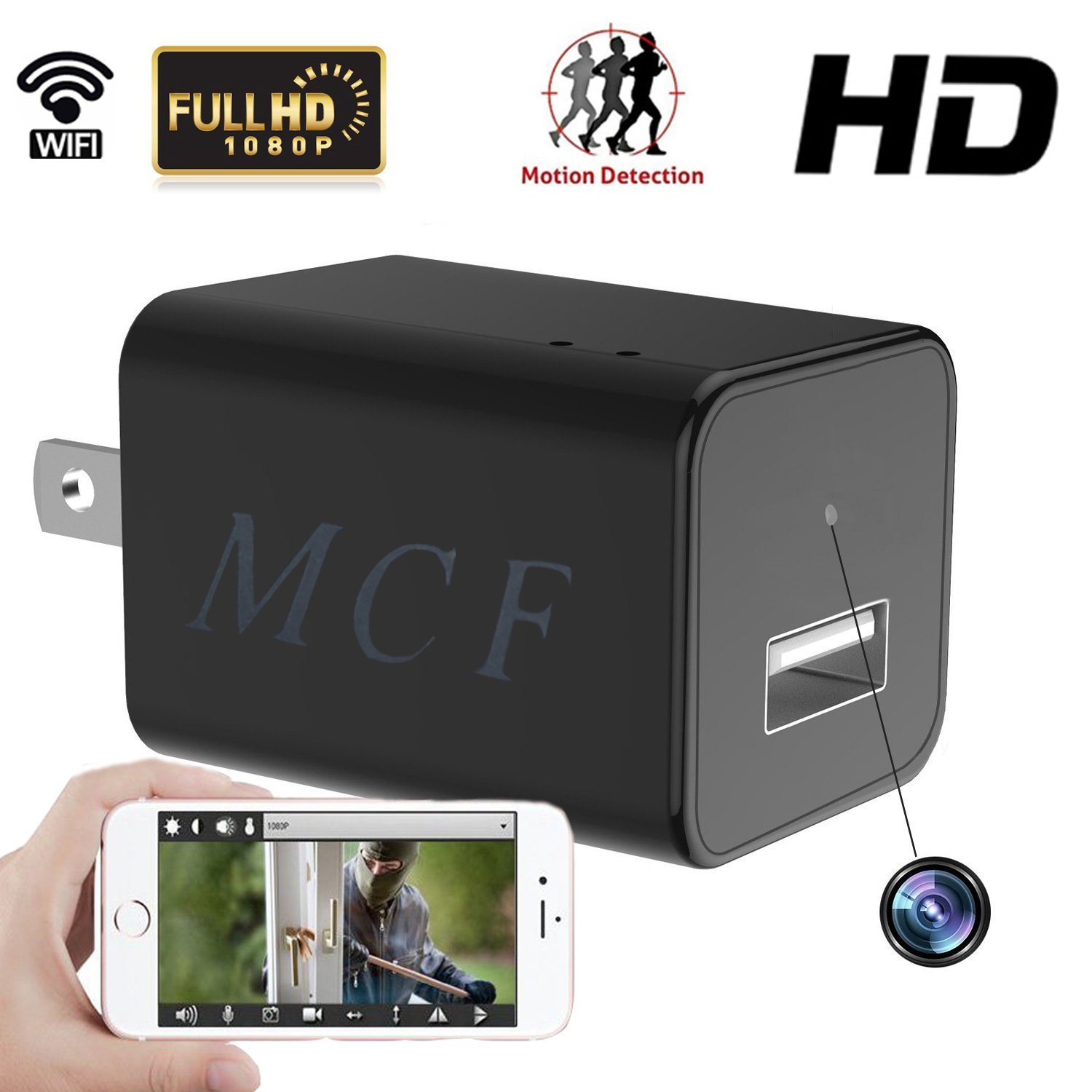 
The MICROFIRE 1080P Hidden Wall Charger Spy Wifi Camera is interesting. Whatever your motive is for buying this product that’s none of my business. However, let me just say this now. This product cannot possibly be spotted by the average person. The lens is so small and so well hidden it blows my mind. Honestly, I could probably give this to someone let them use it and still they would not know what it’s truly doing. So you could potentially give this to your subject and let them do the hard work by allowing it to infiltrate the space you’re trying to spy on if it’s not your own. It’s genius while I had no need to do that maybe you need to. However, that’s not an advisable strategy as the wifi range is very limited on the product. A better way of using this is by putting down in a public space hit the record button and hope to catch the action while it occurs. That’s it

This product is dependent on an application called iminicam which can be downloaded in the google play store and not sure about IOS. The app is used for many other spy cameras of similar nature so I had it installed already. Adding devices is actually quite easy all you need to do is connect to the wifi projected from the wall spy camera and add the camera to the app. You can take pictures and record videos without a micro sd card as it’s stored on the app’s cloud server. However, that’s always risky and I recommend plugging in a micro sd card for local storage. The product comes with a driver disk however it’s not necessary and was promptly thrown out. It comes with a sim removal pin which is awesome and can be used for a variety of other uses. I also like how it can be used as an actual charger for your phone and how no battery is needed to use this product just an outlet. The packaging is fine and I’ve seen it be used for other spy cameras. The only flaw I can see with this thing is the location of the camera. If you plug in the product facing up it’s simply useless. You have to find an outlet that’s vertical and not being blocked by any furniture if you wish to have camera face the proper angle. It’s not a huge deal but still an annoyance. The company did produce their own simplistic instructions in the box and it’s much easier to use than the manufacturer’s instructions. Before I forget the product films initially in 480p. You can change this in the iminicam settings once the camera is connected. Overall I like this product a lot and even a novice could figure out how to use it. Thanks very much for sending this to me for review. I was not compensated in anyway to produce this review besides recieving a free sample.