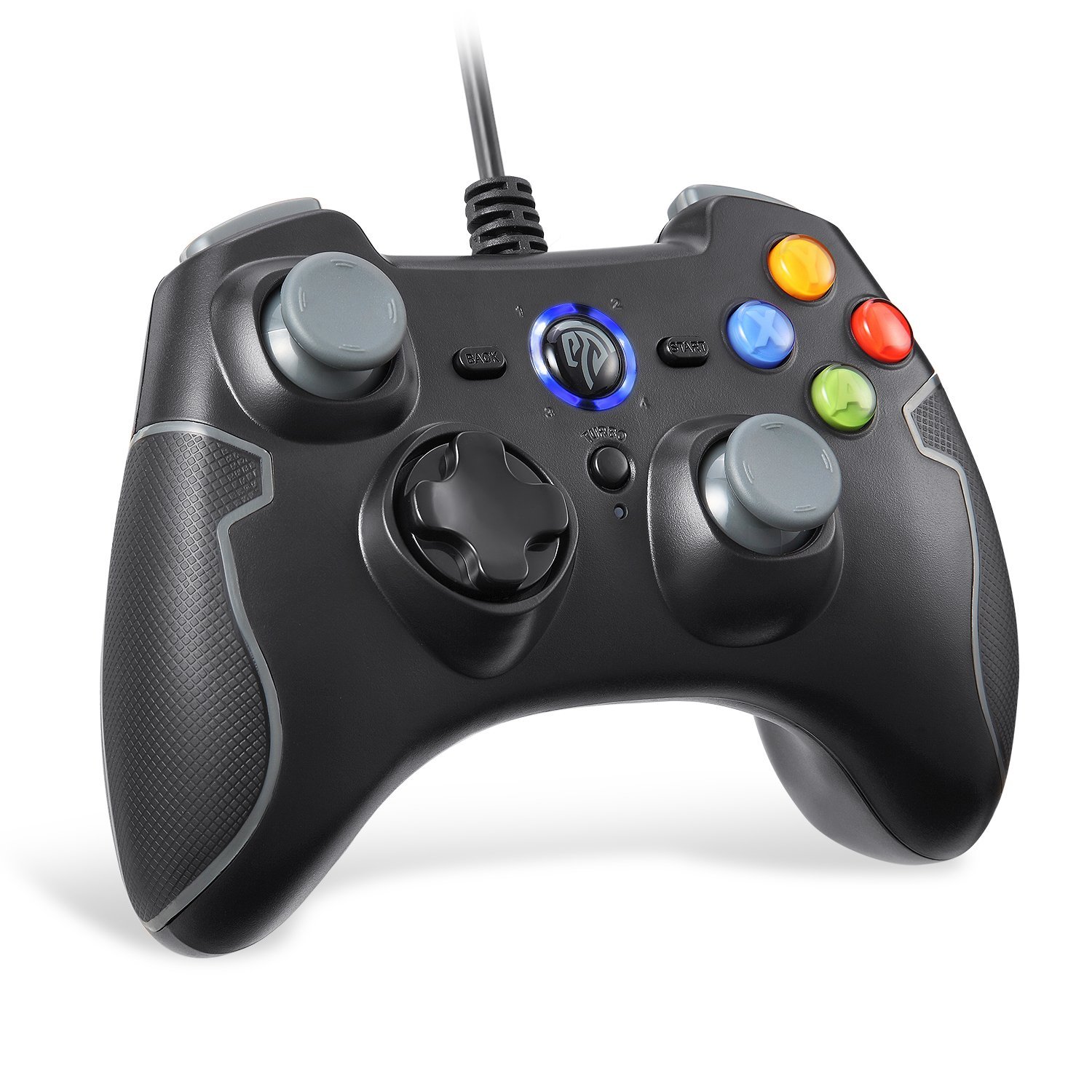 Before I begin I know what you are thinking. Yes, you are not alone this controller has an uncanny resemblance to the Xbox 360 controller something I consider to be probably the best controller ever produced for gamers at this point in time. So many raging memories from games Cod 4 and Modern Warfare 2. It’s even greater than the sequel Xbox 1 controller as that one is a little too bulky. The resemblance is not just visual it feels similar from the D-Pad to the joysticks it all feels very similar which is something many third party controller seem to lack. Also, even the color of the YXBA and buttons are the same it’s crazy and I love it for that.

What really separates this thing from the Xbox 360 controllers is the connection. While that controller comes in wired and true wireless this comes with wired and you must plug into your device of choice. I know this sounds annoying however I don’t mind as many Bluetooth controllers break down over time as the technology is simply imperfect. Bluetooth 4.0 is utter garbage I don’t what was accomplished in 4 generations but simply not enough has been done in my book. For example, my Gamesir G3 controller discounts frequently to the point of no return. It’s a paperweight which is why I’m thankful to get this. Ther is a blue button that lights up when you connect to your device of choice which is nice so now you know if you are connected or not. The light is blue and usually, has 2 bars lit up.

If you’re wondering what buttons are present on this thing. You can find everything you would find on a normal 360 controller from YXBASTARTDPADJOYSTICK1AND2LBLTRTRB HOMEBUTTON and even a turbo button for certain games.The 10m distance is fine and is accurate to the product. I tested this product using Muphen emulator and Dolphin emulator and both worked great with super smash bros melee once controller mapping was successful. Be aware you may be confused with some of the options. Go online and find presents that have your controller filled out that can save some time. Especially with Wii emulation when you have to track actual movements. It’s a mess for games like super Mario galaxy

Overall this is the best wired game controller I own due to it’s uncanny resemblance to the 360 controller and it’s not exactly a bad thing. It was a pinnacle of innovation for it’s time nothing could beat it so why not join it?