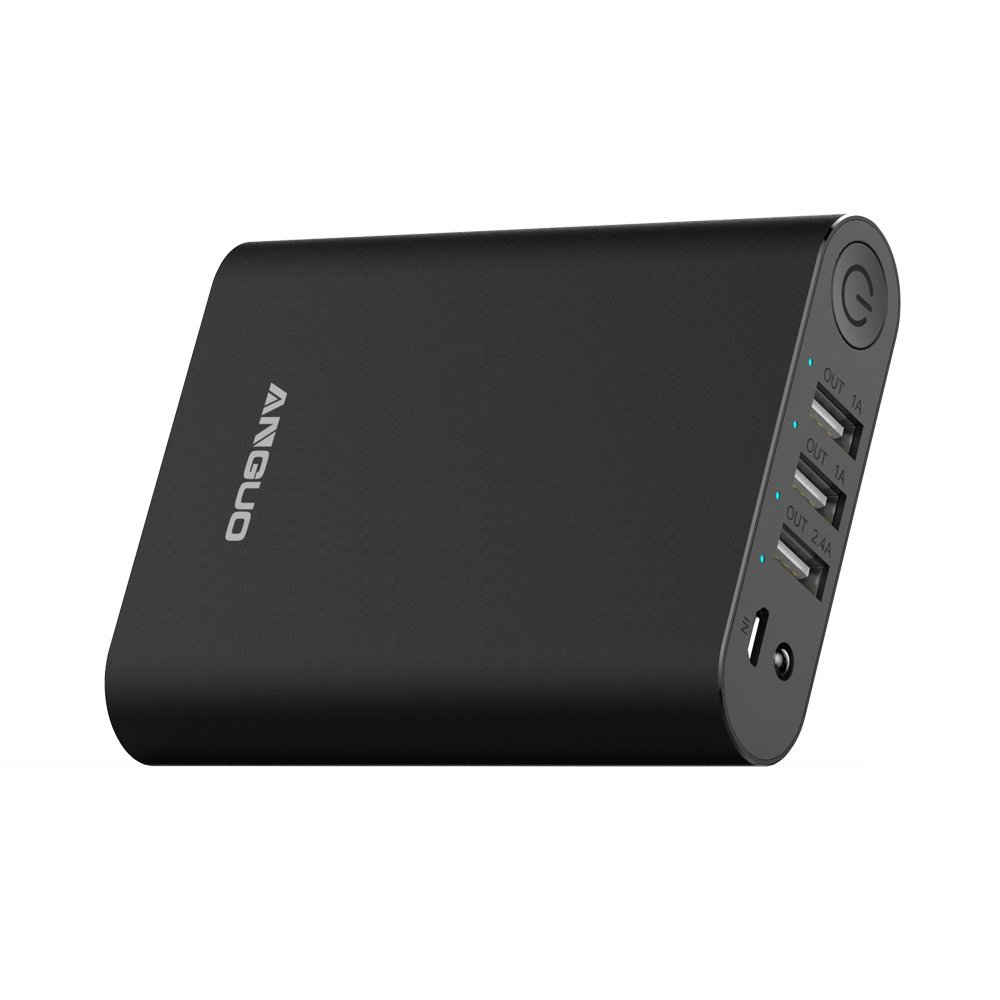 The Anguo 10400mAh 3 Port Power Bank currently costs less than 20 bucks on eBay and you would think you be getting some giant brick in the mail. But shockingly it’s not that big nor is that heavy either. However, concessions were made from the manufacturer in order to obtain profit while selling this product. Is it possible it’s a loss leader? Sure but that’s mostly done in the physical retail space to guarantee specific traffic in the impulse section of the store near the cash register which happens to be the highest margin typically. The strategy doesn’t really work online especially with a brand some of you have probably never seen before. The product does come with a free micro USB cable, however, it’s quite small measuring approximately 3 feet in diameter and is sure in hell never going to be usable with fast charging. However, it’s not too big of a deal as if your too cheap to spend more then 20 dollars on a 10KmAh power bank I doubt your phone is any good anyway. The packaging on the product is the simple generic cardboard box with merely the brand logo and that’s it. The product does have a flashlight as well which you hold down the power button for around 5 seconds for it to turn on and off. The product has 3 ports 2 which promise 1A speeds and one port that promises 2.4A of power. This is my biggest issue with the product and I will discuss later why that’s the case. Finally, an instruction manual which is actually quite simple to use and well translated is in the box. You don’t really need it in this case and the irony of that is substantial.

Alight now for the actual usage of the item. The biggest issue I had was the claim of the 2.4A port. I tested 2 devices both the Galaxy S7 and the Leagoo Z5C. To limit extraneous variables I used the white cable and a fast charging cable for both phones and I used all three ports. I then went into the battery system settings to see the estimated time before fully charging each phone. To my surprise no matter which port I used either the 2.4A port or the 1A port I did not see any conceivable difference in estimated time till 100% completion. This is alarming to me because 1A of power is not enough for most devices to survive while being used at the same time. Let’s not even talk about how long it takes to fully charge your phone as it’s awhile. Charging the actual device itself was not bad and only took 4 hours. The product uses those 4 flashing blue lights near the power button to give you a rough estimate on charging compleition. This product uses micro USB power to charge itself by the way. Apparently, the product says it’s recyclable I’m not sure how that is the case but I guess it makes sense. Overall the Anguo 3 port budget power bank does what’s expected and if not even more considering how cheap this device is on Amazon. The product obviously has flaws I don’t think I mentioned them all but in the end, if you’re on a budget or if you’re just really cheap it’s hard to complain about this item. Even with the acknowledgment that 2.4A port is probably closer to 1A then 2.4A. Thanks, Anguo for sending this item for review no further compensation was provided.