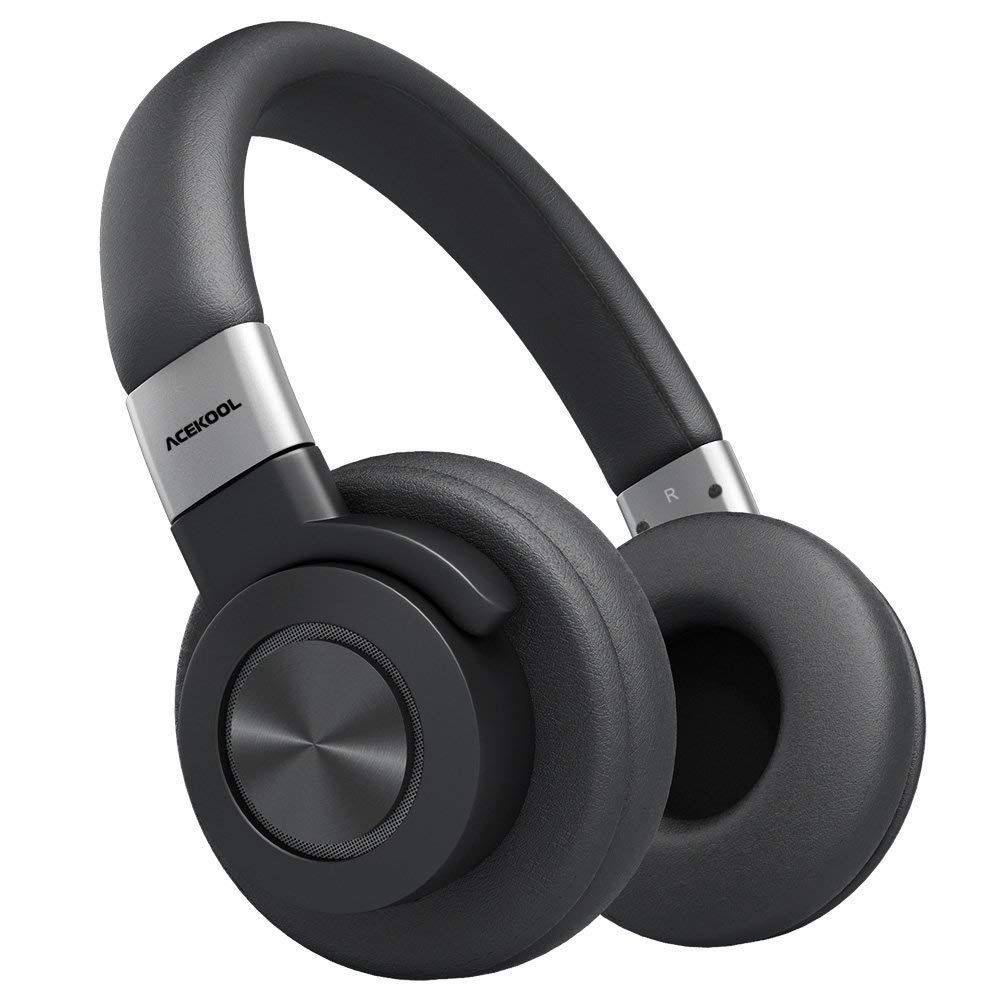 All Around Excellence, Has Sound Bleed But I Don’t Mind

The Acekool BT015 Wireless Bluetooth Headphones are great headphones in all major. The design of this product is similar compared to the contemporary designs of the major competitors like Sennheiser and Bose in regards to the materials used and the colors for sure with it’s signature black facade. That’s not the only thing I find interesting with this item as the value of the product should be addressed. To find a comparable headphone, in my opinion, your probably going to have to spend around a lot more in brand recognition from those previously mentioned competitors. That’s why this product deserves a chance although the brand may be unfamiliar to you. The comfort of this product is really nice it should fit well enough for all shapes and sizes as the size adjustment thing you can pull on each side of the product is above average in terms of stretching ability. Another above average feature is the cushion effectiveness. This is definitely a comfortable pair of headphones more comfortable than the average pair of headphones you see on Amazon. Both of the ear muffs have plenty of cushions that will allow extended gaming successions with minimal sweating and pain. The part where your head goes is completely padded up which is nice because sometimes companies just pad up the middle spot and not the entire thing so that’s awesome. Audio once again above average as the sound realism is pretty good with all genres. However, this thing shines if you like bass enchantments. Modern songs from artist like Drake or Post sound really awesome and pop where you want them to and focus on realism when the beat slows down. You will definitely notice the difference between normal headphones and these if you were to compare them. The easiest way to do this is to find a song that utilizes L-R audio and many instruments. A quality pair of headphones makes figuring out those subtile background isturments real easy and their will be times where you only hear audio coming out from one cup. This is not a glitch on spotify but a choice by some artist to add dramatic effect on certain beats. It’s a cool little feature I found really cool. The only real negative in the sound departnment is sound bleed. I mean this thing can get so loud that you could honestly use this as a bluetooth speaker if you wanted to. Personally I don’t mind sound bleed but I know for some people who like to blast music in your ears. Whom ever is in the room is going to indeed hear you.

So the product does have an internal microphone which is used for calling and voice chat. It’s not something that would be identified by a sound driver on a computer which then could be used on youtube or twitch or something. The audio preformed fine and my test subjects could hear what I was saying with no real issues. One thing I forgot to mention earlier was some of the physical features of the product. It takes micro usb power and comes with a cable in the box ready to go, the cups only spin around 90 degrees which does not seem like much but actually I like it this way as you won’t confused whether you have the product on backwards or fowards. Also I can’t forget to address the power button placement. I’ve seen many people complain regarding the placement of this feature.Personally I don’t think it’s that bad and works fine just make sure you hold it long enough for the blue and red light to show. The product does have some noise canceling which is apparent but not absolute. I’d say it’s around 25 percent which is great news as you are going to be able to block some sounds out. However, if you’re in a loud setting you will hear background noise. For example, if some girls are yelling from the opposite side of the hall late at night. Overall I really liked this product there is really nothing wrong with it at all. I think we are reaching the apex of this market. I don’t know how much innovation is left in this space so for that reason 5 star ratings from this point foward will be tougher for headphones. Thanks for sending me this product for review. No further compensation was provided.