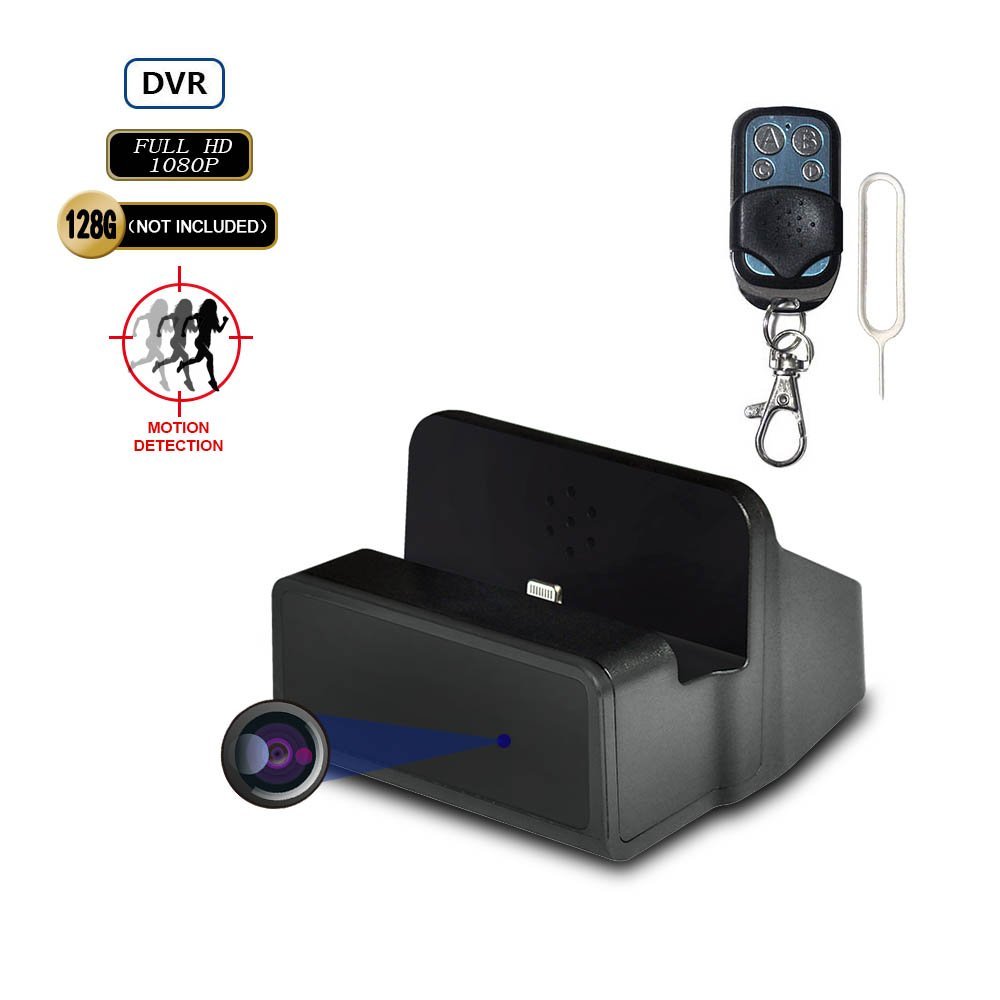 The Fuvision 16GB FHD Hidden Spy Camera definitely is conspicuous enough to fulfill my basic needs from a spy camera and surprisingly it charges well enough as well. For Android users that does mean you will need an adapter unfortunately as the lighting connector obviously doesn’t work. I was very very surprised to see this product came with a 16gb Sandisk class 1 micro sd card. Is this a top of the line class 10 card nope? But it’s from a brand I have indeed heard of and that’s something you don’t see anymore and not just from the top brands but micro sd cards all together on spy cameras. I have purchased quite a few spy cameras and rarely do they come with a micro sd card and this is the first one to come with one from a recognizable brand in SanDisk. You also get the little metal piece you can use to remove micro sd cards so I appreciate that sentiment as well.

I was able to plug in an iPhone and from what I could see it charged the device at a standard rate which was good to see. In terms of the spy camera, it did a good enough job recording footage although nothing special and considering the price it’s a bit of a bummer but not a deal breaker. Apparently, this device can hold up to a 128gb micro sd card so if you wish you can record for many days with no issue of running out of space. There is no app used to stream the footage just use the micro sd card and plug it into your computer. The product comes with a micro USB cable for charging the device itself as it is battery powered. I do wonder if that was a good move as usually charging cradles use AC power. Overall it’s a very solid spy camera with a dual function which justifies the cost in my book as both tasks are executed well enough.