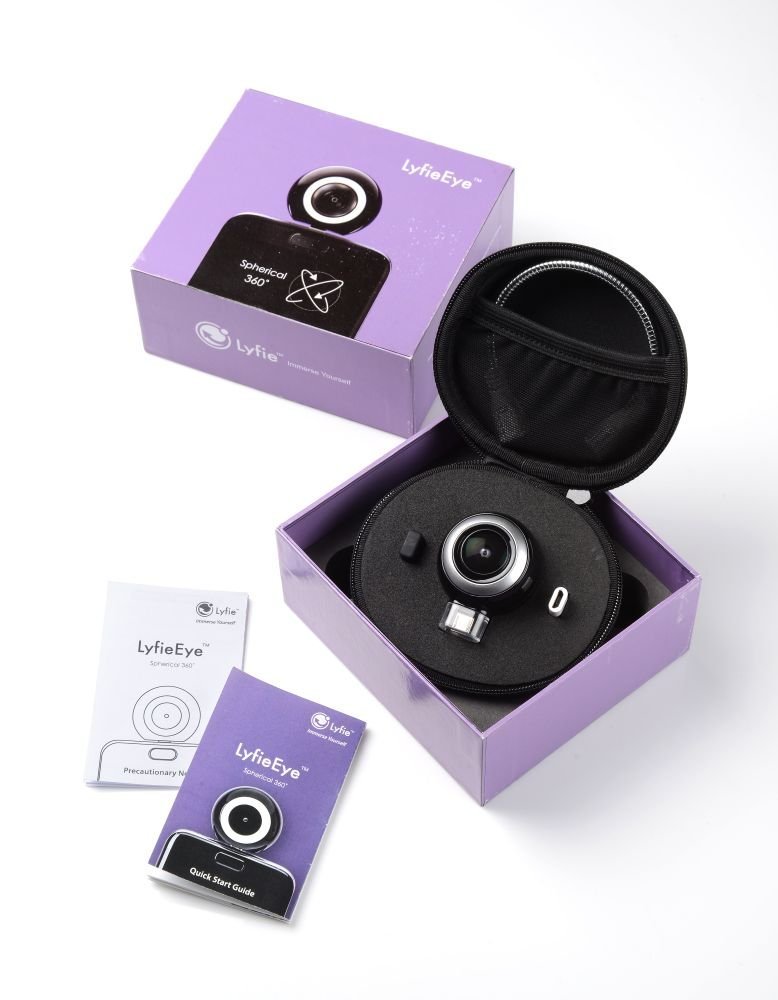 Samsung among other companies in this emerging technology known as the 360-degree video has done a decent enough job bring this novel idea to the mainstream. However, the LyfieEye really is a game changer and it’s a welcome addition to the community. It could have big implications and let me explain why. I have never seen in this price range a fully working and competent 360-degree camera. It films at 60fps and 1080p at its peak performance the results are stunning. I’m impressed obviously by stunning I don’t mean picture perfect but in comparison to what I’ve seen this is indeed stunning and I’m a huge fan of this product. It’s quite small by the way and plugs into the phone thanks to the extension cable that plugs into your phone’s micro USB port. PS it must be android unfortunately IOS is not available as of yet.

To make this product work you are going to need to install the android app. It is called LYfieView and it’s a competent and well-programmed app. The negative reviews appear to be for previous products and not this current version as it worked great for me. It automatically saved my files to the correct places and everything came out nicely. Google photos eventually moved it to the cloud but I just uploaded to youtube before that anyway

A big question you may be having is how to I upload the footage to youtube? If you trying uploading the footage directly It won’t work. Please listen up first the issue is the metadata needs to be probably encoded for youtube to create the 360 shell so do the following. Download something called the C:\Users\dan\Downloads\360.Video.Metadata.Tool.win from the youtube forms. Then pick the file you want to convert and that’s it. So please do this and your footage will come out directly. Overall I’m a big fan of this product it screams quality yet it’s much cheaper than the comps it’s solid.