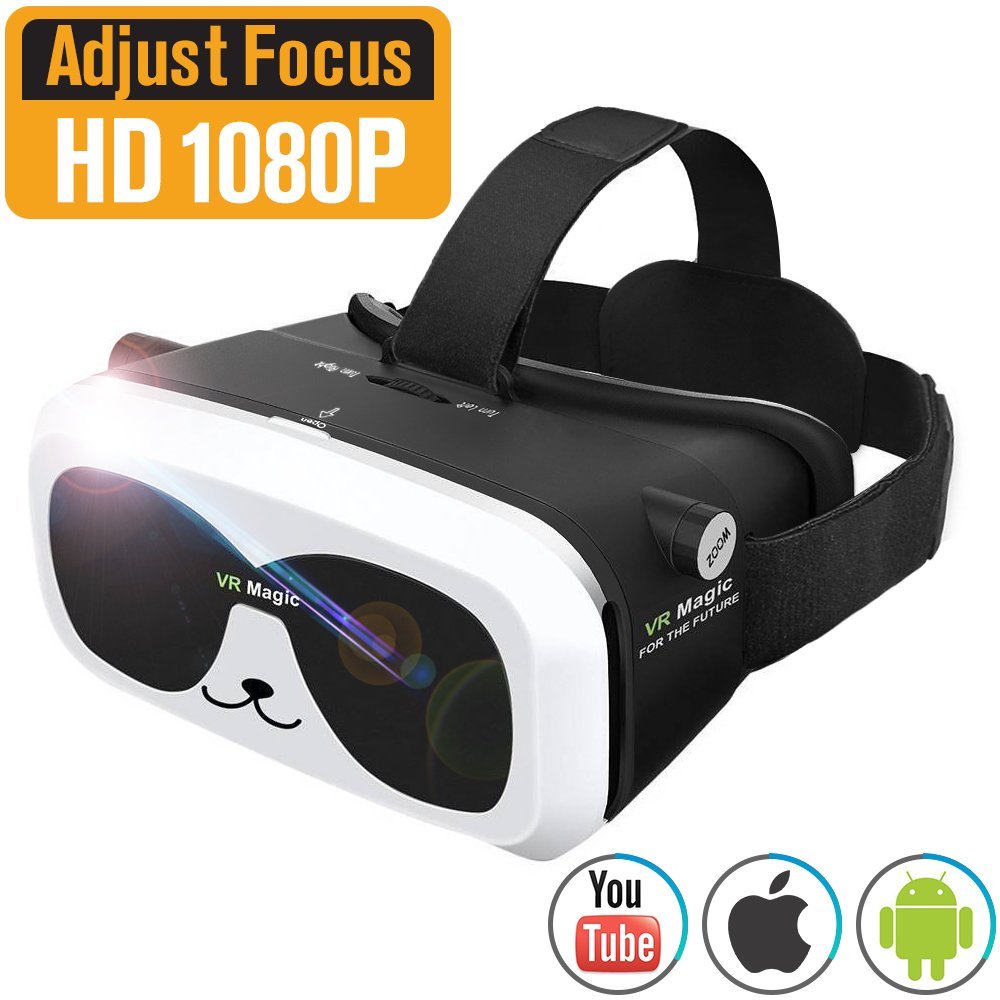 
Over the years I’ve experienced numerous VR products on the marketplace not just on Android. I’ve used the HTC Vive which is truly revolutionary as well as it’s processor in the virtual boy which was nauseating, to say the least. In regards to Android and it’s cardboard platform I’ve owned helmets from the following brands Hootoo, Google, FTLL, Retrak and even Samsung. I can safely say the Fortune 3D Glasses Virtual Reality Headset is just as good as any of the other Android brands if not better. It does a couple things a little bit differently some works and some maybe not as much.

First of all, it does not come with a VR controller. While most of them don’t function perfectly it’s truly the thought that counts principle and it’s a shame not to see it here. I’ve never seen a brand include the remote and it’s very much appreciated as it makes navigation of VR menus a little less impossible although it still is not perfect. It also comes with this cat design in the front. I believe it’s for immersion however as you can add and subtract lighting. The product snaps in on the front for your phone in a very efficient manner. I have a thick Android case from a brand named Unicorn Beetle. I hate having to remove my case to use VR and I had to do that in this case. Now let’s talk about the lens they are pretty clear for Google cardboard and it comes with a QR code so configuring this is very easy. Overall there are some bells and whistles here to appreciate which I do so I’m a fan but it’s not perfect